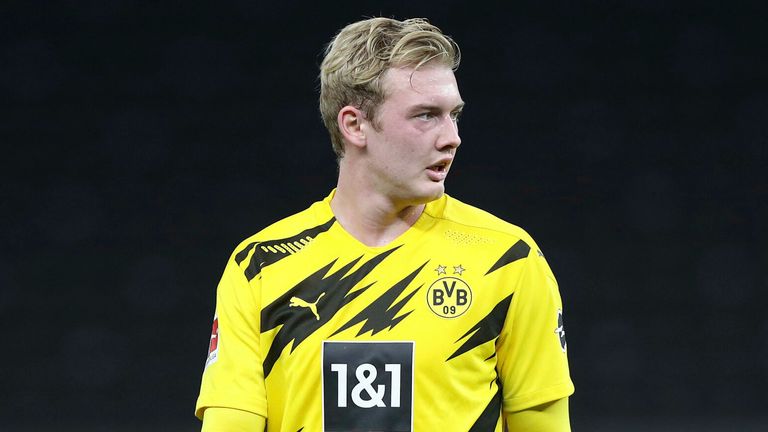 All the latest Arsenal transfer news, rumours and gossip in the 2021 winter window.


Mesut Ozil is closing in on a move to Turkish side Fenerbahce as a free agent, with Arsenal set to terminate his contract

Arsenal and Mesut Ozil are close to finalising an early termination of the midfielder’s contract, after which he is expected to join Fenerbahce as a free agent on a three-and-a-half year deal.

Sky Sports News has learnt that certain key aspects needed for the deal to progress, including details of Ozil’s agreement with Arsenal, are yet to be received in Istanbul.

Fener remain confident, however, that the 32-year old Germany international will join his boyhood club in the next few days. Following months of protracted negotiations, none of those involved in the deal expect Ozil’s wages to be an issue.

The developments come after progress was made in talks between Arsenal technical director Edu, Fenerbahce director Emre and Ozil’s agent. The Gunners made it clear they wanted Ozil to leave in January.

Barcelona’s Brazilian goalkeeper, Neto, is one of a number of goalkeepers Arsenal are interested in.

Mikel Arteta was linked with a move for the 31-year-old in the summer.

Arsenal are looking to boost their goalkeeping resources and are keen to agree a loan deal, with an option to purchase a keeper on a permanent basis in the summer.

Barca, however, were demanding a fee in excess of £18.6m for their Brazil international in the summer – and for now at least, it looks unlikely Neto will be heading for the Emirates.

Sokratis to Genoa off, future for Mustafi?

“I spoke to Sky Italy’s Gianluca di Marzio and he says Genoa have now agreed to sign Jerome Onguene from RB Salzburg and that Sokratis to Genoa is now off.

“Other transfer experts like Fabrizio Romano has even said that Sokratis was offered to Liverpool earlier in the window given the problems they have in the central defensive partnership. You can also go back to the relationship has with Jurgen Klopp, he used to play for Dortmund.

“Sokratis has six months left on his contract so if Arsenal can maybe cash in some kind of money and recoup some of the £17m they paid Dortmund then that would be a positive.

“There could also be a short term future for Shkodran Mustafi. His contract also ends in the summer, but Arteta is intimating that he could stay and build up the strength in depth in the central defensive area. As much as Arsenal may want to cash in on Mustafi, circumstances may dictate that they need him to stay just for now.”

Arsenal are on the hunt for an attacking midfielder but should they wait to try again for “special” Houssem Aouar or take the plunge in January?

“Arsenal tried for Houssem Aouar in the summer – they made one offer; they could have gone back but instead they went for Thomas Partey,” Laurens said.

“Aouar won’t move in January. He’s been fantastic and they [Lyon] have a big chance to win the title this season. He will be available in the summer – he still wants to leave and join a bigger league – but can Arsenal really wait until the summer to get that creative player?

“Do you wait for Aouar or do you go for an Emi Buendia? He would be cheaper and he’s a slightly different profile but he knows the culture of the league.

“Then there’s Marcel Sabitzer who is not maybe as creative as Buendia or Aouar as a pure No 10 with technical skills, but brings you box-to-box energy and is very versatile.

“But Aouar would be huge in that Arsenal team – he would bring something a bit special.”

The latest players linked with a move to Arsenal

Ivan Toney – The forward has attracted admirers at Arsenal, who are now set to keep a watchful eye over the Brentford frontman (Daily Express, January 16)

Manor Solomon – Arsenal have been given the thumbs up to make a move for Shakhtar Donetsk attacker because the Israel international is very interested in a move to the Emirates (Daily Express, January 15); Arsenal already appear to be planning for the summer transfer window with Shakhtar Donetsk winger Manor Solomon on their radar (Daily Express, January 14)

Matteo Guendouzi – Arsenal are set to recall the Frenchman from his season-long loan spell at Hertha Berlin (Bild, January 10)

Image:
Could Julian Brandt be on his way to Arsenal?

Julian Brandt – Arsenal have been given a transfer boost with Borussia Dortmund refusing to rule out selling the player this month (Sun, January 3); Dortmund are reportedly willing to sell the Germany international this month, amid speculation linking him with a move to Arsenal (Daily Mirror, January 9).

Marcel Sabitzer – The Arsenal target could be available for ‘£30m or less’ in the summer, according to reports (The Sun, January 7). 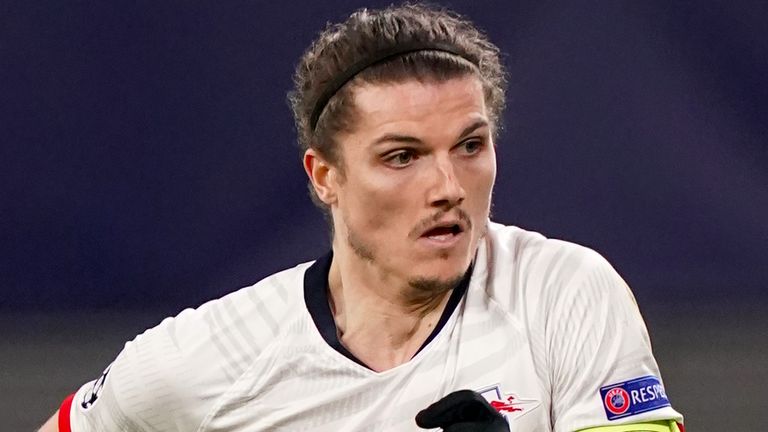 Image:
Marcel Sabitzer is the latest name to be linked with a move to Arsenal

Yves Bissouma – Arsenal manager Mikel Arteta is said to be keen on signing the Brighton midfielder in the January window (Daily Mail, January 7).

Emi Buendia – Arsenal are set to walk away from a deal to land Norwich star Emi Buendia after they named their asking price (Daily Express, January 15); Arsenal’s hopes of landing Buendia have faded away after Norwich decided they will not sell this month, according to reports (Daily Express, January 8); Arsenal are unlikely to move for the Norwich midfielder this month because of a lack of funds (Daily Mirror, January 6); Buendia is desperate to return to the Premier League, even if it’s with Norwich, amid Arsenal transfer rumours surrounding the attacking midfielder (Daily Star, January 6); Arsenal are investigating a possible player-plus-cash deal for Emiliano Buendia, to try and persuade Norwich City to sell the highly-rated midfielder (The Independent, January 4); Arsenal have scouted the Norwich midfielder “extensively”, but are unlikely to make a January bid for the Argentine despite their search for a new creative midfielder (Daily Express, January 3). 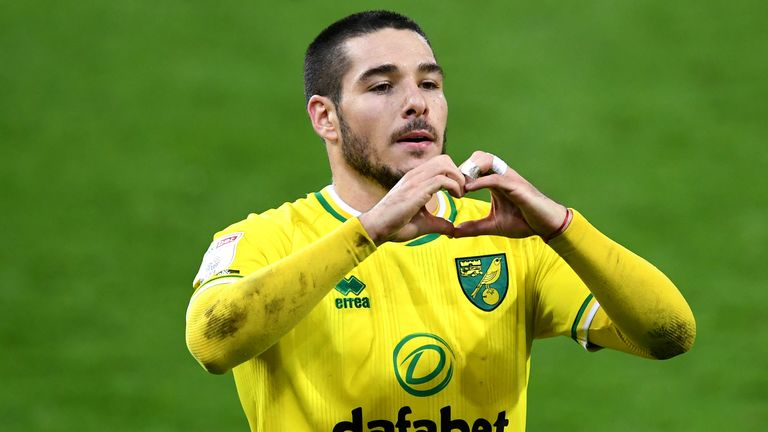 Image:
Emi Buendia wants a return to the Premier League, but could it be at Arsenal?

Houssem Aouar – Arsenal are unlikely to land the high-profile signing from Lyon this month because the £45m-rated midfielder is too expensive (Daily Express, January 2).

Deals will be confirmed here.

The latest players linked with an Arsenal exit

Mesut Ozil – Arsenal and Mesut Ozil are close to finalising an early termination of the midfielder’s contract, after which he is expected to join Fenerbahce as a free agent on a three-and-a-half year deal (Sky Sports News, January 16); Fenerbahce president Ali Koc has revealed the Turkish club are “closer than before” to landing Mesut Ozil’s signature ahead of the midfielder’s Arsenal exit (Daily Star, January 12).

Mesut Ozil has said “if I went to Turkey, I could only go to Fenerbahce” (Sky Sports News, January 11); Ozil has offered Arsenal a new financial plan that would pave the way to a January transfer (Daily Star, January 11); The German is willing to leave Arsenal immediately if the club covers a significant part of his wage demands (The Sun, January 10); Fenerbahce boss Erol Bulut is remaining coy over the potential arrival of Ozil (Mirror, January 8); Arsenal fear they will be stuck with Ozil until the very last day of his contract despite him being linked with a January move (The Sun, January 7); the midfielder’s representatives are in talks with a number of clubs, including Fenerbahce and DC United (Sky Sports News, January 6)

Alexandre Lacazette – The French striker could end up leaving Arsenal due to his relationship with Mikel Arteta (Daily Star, January 16)

Folarin Balogun – The race to sign the Arsenal striker has narrowed down to three serious contenders, all of whom hope to secure the 19-year-old on a pre-contract agreement this month (The Guardian, January 16); Arsenal sensation Balogun has reportedly agreed to join RB Leipzig in a major blow to Mikel Arteta (The Sun, January 15); Arsenal striker Balogun is being targeted by 15 clubs (The Sun, January 14); The striker is increasingly likely to see out the remaining six months of his contract and leave for free in the summer. The 19-year-old is allowed to sign a pre-contract agreement with an overseas club this month and the player and his representatives are in talks with a number of clubs. As it stands, Balogun is unlikely to go out on loan this month amid interest from a number of clubs in the Championship (Sky Sports News, January 7).

Lucas Torreira – Valencia, who have been rebuffed in their attempt to sign Harry Winks from Tottenham, are now showing interest in Arsenal star (Daily Mail, January 14); Arsenal have a decision to make regarding the future of Torreira with Fiorentina expressing an interest (Daily Mirror, January 11); Arsenal are reportedly ready to recall the midfielder from his loan spell at Atletico Madrid. (Daily Express, January 4).

Eddie Nketiah – Arteta has revealed that he doesn’t expect Nketiah to move this month (January 11); West Ham have identified the 21-year-old as striker reinforcement after Sebastien Haller joined Ajax (London Evening Standard, January 9).The Arsenal defender is wanted by Italian side Genoa (Daily Mail, January 6); Sokratis has interest from Napoli and Fenerbahce as he prepares to leave in January. (Daily Mail, January 2).

Mohamed Elneny – The Arsenal midfielder is the subject of transfer interest from Turkish side Besiktas and circumstances could pave the way for a January move for the Egyptian (Daily Mail, January 5).

Dani Ceballos – The midfielder is planning to return to Real Madrid this summer rather than pursue a permanent transfer to Arsenal (Cadena Ser via the Mirror, January 5).

William Saliba – The Arsenal defender has joined Nice on loan until the end of the season (January 4).

Sead Kolasinac – The left-back has agreed to join Bundesliga side Schalke on loan for the remainder of the season. (December 31).

Matt Macey – The goalkeeper has joined Hibernian on a permanent deal until the end of the season (January 8).

Rob Holding – The defender has signed a new three-year deal with the option of a further year that could keep him at the club until 2024.

Folarin Balogun – The teenager is talking to other clubs as is his right because his contract expires in the summer but Arsenal are also speaking to Balogun and his representatives about a new contract (The Transfer Show, January 6).

Alexandre Lacazette – Arsenal have told the striker to wait until the summer for contract talks (The Sun, January 6).