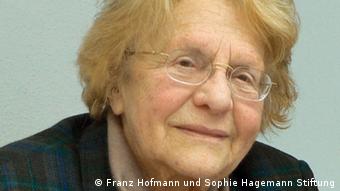 A violin by the famous violin maker Joseph Guarneri is at the center of an ongoing dispute between a foundation and its heirs over whether it falls into the category of “property looted by the Nazis” or was sold without compulsion before 1945.

The valuable instrument was made in the 18th century – in Cremona, Italy, a stronghold of famous violin makers. The Guarneri violins are just as famous as the precious string instruments by Antonio Stradivari.

The owner of this violin was the music dealer Felix Hildesheimer, who had acquired it in 1938 from the Hamma & Co. instrument shop in Stuttgart. Shortly afterwards, Hildesheimer was forced to sell his house and music shop in Speyer under the National Socialist race laws and the decree of the notorious “Reichsflugsteuer”, also known as the “flight tax”, due to his Jewish descent.

His attempts to get a visa to flee to Australia failed. Hildesheimer committed suicide on August 1, 1939. His widow was interned by the Nazis in the Gurs prison camp in southern France and was finally able to escape via Marseille. His two daughters were also able to emigrate to America.

In the hands of the foundation

In 1974 the violinist Sophie Hagemann (1918-2010) from Nuremberg bought the Guarneri violin, built in 1706. With her music group Duo Modern, she dedicated her concerts to so-called “degenerate music”, which was banned by the Nazi regime. She was married to the composer Franz Hofmann, who was killed at the front in 1945.

After her death in 2010, the precious instrument became the property of the Franz Hofmann and Sophie Hagemann Foundation, which is dedicated to promoting young musicians. According to the foundation, the instrument is in poor condition and needs to be restored.

On closer inspection it turned out that the origin of the historical instrument was incomplete: There was only information and evidence about the change of ownership in 1938 and about the purchase in 1974. Further investigations showed that Felix Hildesheimer was the last owner. The board of the Franz Hofmann and Sophie Hagemann Foundation has decided to “proactively clarify” a possible reimbursement claim, as stated on the website.

The foundation’s attempt to reach descendants of the Hildesheimer family initially failed. Then the American journalist Toby Axelrod heard about the case and put the foundation in Germany in contact with one of Hildesheimer’s daughters.

In 2015, the Advisory Commission on the Return of Cultural Property that had been seized as a result of persecution by the Nazis, in particular Jewish property (formerly the Limbach Commission), was called in to clarify the case. In the recommendation of the experts and provenance researchers of December 16, 2016 it says: “… that the violin […] remain with the foundation and that the foundation pays the heirs an amount of 100,000 euros as compensation. “

Sophie Hagemann became the owner of the Guarneri violin in 1974

Both sides accepted this as a fair and just solution, it said at the time. Since then, the Board of Trustees has tried to receive the compensation amount from third-party funds. However, no payment has yet been made to the heirs in the United States who are now Felix Hildesheimer’s grandchildren, the New York Times also reported this week.

Confiscated by the Gestapo

In the meantime there are allegedly new research results from which one could draw the conclusion that the music dealer Felix Hildesheimer sold the violin as a “normal commercial item” and not as a “flight related” item. It did not appear in the list of forcibly expropriated items the family made after the war, according to the foundation’s reasoning. 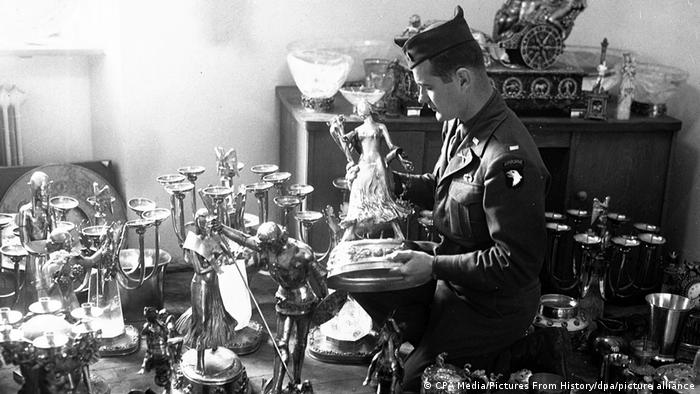 The advisory commission disagrees: “The furniture left behind was confiscated by the Gestapo and auctioned off.” Therefore, according to the final assessment of the commission, the instrument is clearly to be classified as “property looted by the Nazis”, although it may only make recommendations. Valuables and furniture belonging to Jewish families were sold by the Nazis at so-called “Jewish auctions” – possibly also with the Guarneri violin. After the war the instrument reappeared on the market.

After the restoration of the Guarneri violin, the foundation would like to make it available to young, highly talented musicians from the Nuremberg University of Music as an “instrument of understanding”. However, this would only be possible once the legal issues are resolved.

This article was taken from the German.