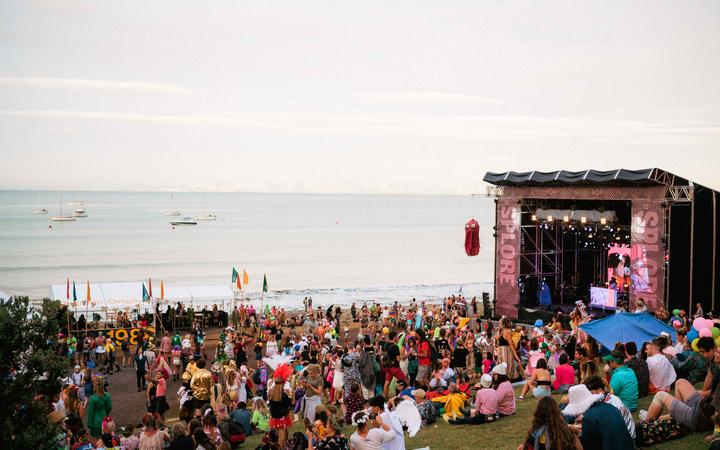 Although the Covid-19 alert drops at midnight, some upcoming events are unlikely to happen or have been postponed.

The Splore festival will still take place – however, it has been postponed for a month.
Photo: Daniel Lee

Prime Minister Jacinda Ardern and Director General of Health Ashley Bloomfield announced this afternoon that the alert level would drop from three in Auckland and two in the rest of the country.

Even so, Napier’s Art Deco Festival remains canceled, and the Splore Festival in Auckland and its pride parade are also affected.

However, the 2011 Christchurch earthquake commemoration will continue as planned.

Auckland Mayor Phil Goff told Checkpoint that he believed changing the values ​​was the right decision. He has struck a balance between measures to contain the spread of the virus, but without further disrupting people’s lives and businesses.

He said he briefed the cabinet about the lockdown’s impact on the city, but ultimately the main recommendation was made by the Ministry of Health.

“I accept that and applaud it from the perspective of the Aucklanders who are now getting their lives back and the companies that have been under extreme pressure, some of them due to a Level 3 lockdown that is severely affecting their income,” Goff said.

It was doubtful that the Ponsonby Gay Pride event would take place this weekend as the number had to be limited to 100 people under alert level 2, he said.

He would prefer the America’s Cup race to be postponed for another week, but given that record challenger Luna Rossa had made it clear that she wanted to start again, it was likely that the race would start again without the crowds .

“My personal preference is to err on the caution side, postpone it a week and allow people to enjoy it, but the rules will likely dictate they have to go in a different direction, but it will, like me I can imagine some pretty intense discussions going on between the authorities and the organizers of the race. “

The Splore Festival has been postponed for a month. The organizers say that safety is of the utmost importance.

It will now take place from March 26th to 28th at the Tāpapakanga Regional Park in Auckland.

Splore director John Minty said he wanted the community to celebrate safely and keep everyone as safe as possible.

Splore would largely stay the same, he said.

The open day planned for Saturday on the Pūhoi motorway to Warkworth in Auckland has also been postponed.

The New Zealand Transport Agency said that since level 2 gatherings were still limited to 100 or less, the event could not take place.

It would be in contact with those who owned tickets for the event that Saturday as soon as a new date was confirmed.