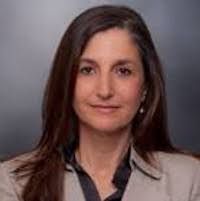 Gestational diabetes (GD) can lead to an earlier onset and increased risk of type 2 diabetes, which is a risk factor for cardiovascular disease. However, it is not fully known whether reaching normoglycemia can reduce the excessive risk of cardiovascular disease associated with these patients.

In the study, researchers received data from the CARDIA (Coronary Artery Risk Development in Young Adults) study, a multicenter, community-based prospective cohort of young black (50%) and white adults aged 18-30 at baseline in the United States.

A total of 1133 women without diabetes at the start of the study who had at least 1 single birth (n = 2066) during the follow-up, glucose tolerance tests at the start of the study and up to five times during 25 years (1986-2011), gestational diabetes and coronary artery measurements resulting from one or more Follow-up examinations obtained in years 15, 20 and 25 (2001-2011) were included in the final analysis.

“Women without prior GD showed a gradual increase in CAC risk associated with deterioration in glucose tolerance,” the authors wrote. “Women with a history of GD were twice as likely to have CAC across all subsequent levels of glucose tolerance. The risk of atherosclerotic CVD in midlife in women with previous GD is not reduced by achieving normoglycemia. “

Gestational diabetes and glucose intolerance detected during pregnancy affect 250,000 women in the US, accounting for 8-9% of all pregnancies.

The study “History of Gestational Diabetes and Post-Pregnancy Glucose Tolerance Associated with Coronary Artery Calcium in Middle-Aged Women: The CARDIA Study” was published online in Circulation.