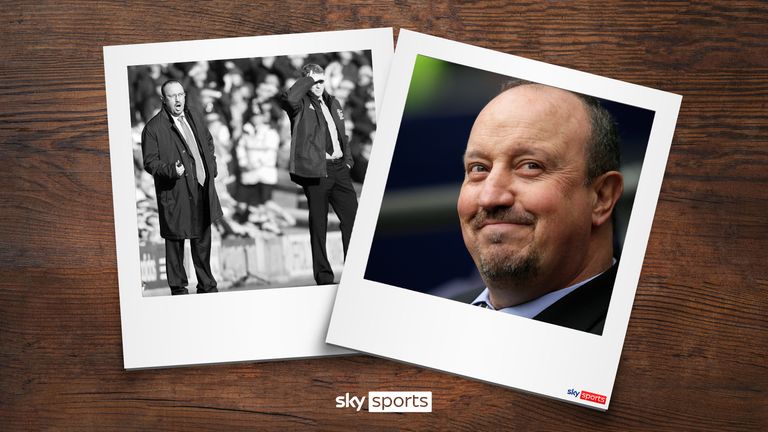 James Rodriguez is unavailable for Everton’s Premier League opener against Southampton on Saturday as the Colombian playmaker’s future remains uncertain.

While strikers Richarlison and Dominic Calvert-Lewin will compete at Goodison Park, Rodriguez is one of the five Everton players currently in isolation.

Rafael Benitez, who is preparing for his first competitive game as Toffees boss after succeeding Carlo Ancelotti in June, was asked at his pre-game press conference on Friday whether Rodriguez was part of his plans or if he could leave.

Picture:
Rafa Benitez is preparing for his first Premier League game as head of Everton

And he said, “I had my conversation with him at the beginning and then he knows my idea – but now he’s not available so it’s not an issue for tomorrow.

“We will discuss every single player with them, with their advisors, and then try to find the best solution for us, for the club and also for the players.

“Richarlison and Calvert-Lewin are available but we have some players who are isolated and then we have to do it.”

Richarlison did not return to training with Everton until Wednesday after winning Olympic gold with Brazil in Tokyo while English striker Calvert-Lewin missed Manchester United last weekend’s friendly with a blow.

After coronavirus restrictions are relaxed, Goodison Park will be full tomorrow for the first time since March 2020.

When asked if he could understand the fans who wanted to see in person Rodriguez, who joined the club last September, Benitez said: “I understand that fans want to see the best possible players on the pitch to win the game.

“He’s one of them. We have Richarlison, Dominic and everyone I can name on the team now – they have to be good players on the pitch.”

“I think they have seen what we can try these weeks and the point is that after 17 months they will absolutely see the team on the pitch, cheer the players and support the team.”

What are Everton’s aspirations under Rafa?

“To be fair, the Evertonians near me are very happy and supportive. Even the Liverpudlians have accepted that it was an opportunity for me to return to the Premier League.”

The dust has settled since Rafael Benitez became only the second coach after William Edward Barclay to have both Liverpool and Everton on his résumé.

There was some resistance to his appointment.

“Football is pretty emotional and everyone will have their opinion,” he said at the unveiling. “For me it’s a challenge, a chance to do well in the Premier League and to show everyone that we can keep up.”

You can keep up with the latest transfer news and rumors on our dedicated Transfer Center blog on Sky Sports digital platforms and keep up to date with all developments on Sky Sports News.