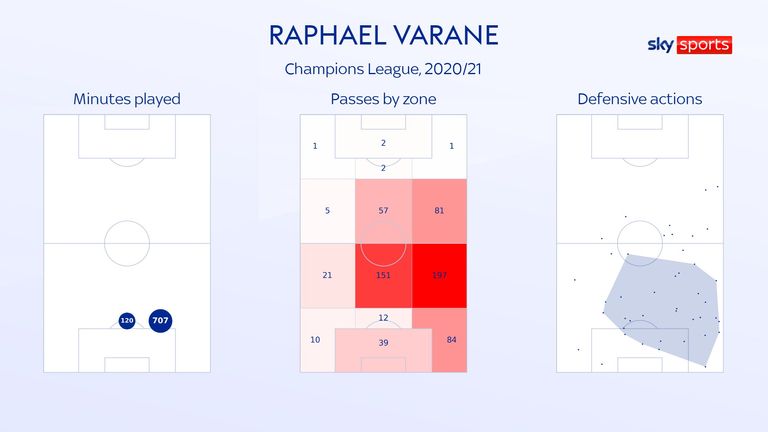 The center-back has joined United on a four-year contract through June 2025 for a fee of approximately £ 41m including add-ons.

Varane’s arrival was announced as the 28-year-old walked out in front of the crowd at Old Trafford ahead of United’s Premier League opener against Leeds on Saturday.

Varane said: “Manchester United are one of the most famous clubs in world football and I couldn’t turn down the chance to come here and play in the Premier League.

“I want to achieve a lot more in my career and I know that I’m joining a squad full of great players who all have the same determination to win games and trophies.

“After talking to the coach I can see how much progress has been made over the past few seasons and now I am joining a group that is ready to play at the highest level.

“I want to make a difference here and I will give everything to become part of the glorious history of this club.”

Picture:
Varane became world champions with France in 2018 and has made 79 caps for his country

Varane, who will wear the No. 19 shirt, is United’s third signing of the summer after English winger Jadon Sancho and free agent Tom Heaton.

After a contract to sign the French world champions was announced on July 27, the signing process was delayed due to the need for a visa, isolation and medical care.

United manager Ole Gunnar Solskjaer added: “I am delighted that we have managed to win one of the best defenders in the world over the last 10 years. Raphael is a proven winner that we’ve followed for a long time and we know how much of a dedicated professional he is.

“We have a wide range of international defenders and he will add his immense skills and leadership to this group. He is a unique defender with a rare combination of top attributes that I know will rub off on our younger players.”

“He has won everything there is to be won, but I know he is still determined to be successful. I can’t wait to see him join the squad.”

“It was inevitable that the deal with Jadon Sancho would come about at some point. You had to fill this right seat as this has been a problem for you for the last year or two. But I think the signing of Raphael Varane is really exciting. “

“The club have shown patience and have become a bit more moderate in the last two or three years. Ole Gunnar Solskjaer brought that to the club and they don’t just get players for the sake of it.”

“I think last season all of the commentators, pundits, analysts and everyone who’s seen United said they needed a partner for Harry Maguire. They have one now, so it’s going to be an improvement on last season for me being.

“Varane is a good age, he has a lot of experience and a good central defender by his side and it’s a good back four. He doesn’t come in a team where he has to stick together.”

“You could argue that he’s the final piece of the puzzle in the sense that the rest are still doing a pretty good job. Victor Lindelof and Eric Bailly both did a fine job alongside Harry Maguire, but they weren’t that little more than you need.

“I have a feeling Maguire is going to come out [Euro 2020] with England strong and more confident than ever. He now has a player by his side who has played for Real Madrid in the biggest games you can ever play – World Cups and so on, so for me they have two brilliant center-backs.

“You just have to sort out the goalkeeper situation and decide who will be number 1. Then United would be fine on the defensive and then, hopefully, Sancho can bring that balance in attack.” 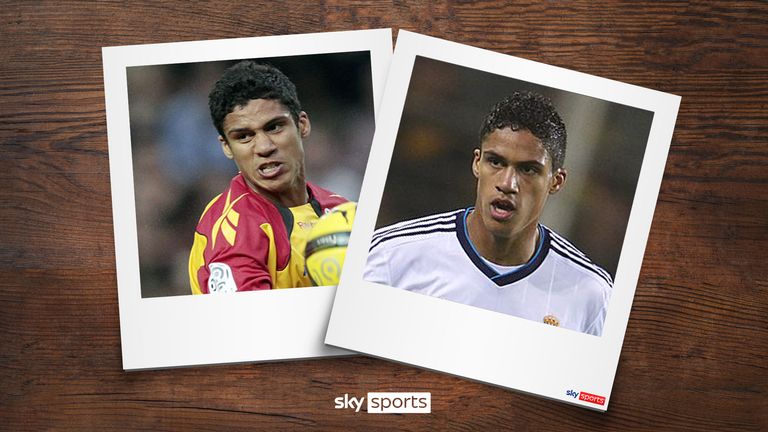 It was the worst kept secret in European football in 2011. A youthful defender of size and speed skilled enough to play at the highest level. He was only 17 years old but the biggest clubs in the world were watching – much to Sir Alex Ferguson’s frustration.

The story of Manchester United’s persecution of young Raphael Varane has grown in importance a decade after he was nearly signed. The defender has won one World Cup and four Champions League titles since Ferguson jumped on that train to France.

The United legend’s memory of the April 2011 event is that Zinedine Zidane “scooped him up under our noses” while CEO David Gill went through the intricacies of the Lens deal. Another conversation took place in Madrid.

Jose Mourinho came into office towards the end of his first season and was faced with the reality of what had become Pep Guardiola’s Barcelona. The 5-0 defeat at Nou Camp in November was sobering. A modification was necessary.

In a meeting to discuss future plans, Zidane, who worked as a special adviser before being announced as the new sporting director this summer, stated that there was a center-back at Lens who would become better than world champion captain Laurent Blanc. ..

Varane can help bring the glory days back to Old Trafford

Varane has played over 350 games for Real and won 18 major honors, including four Champions League and three La Liga titles.

It’s that kind of pedigree that brings United to Old Trafford – someone who not only knows how to win, but also expects it.

Not only with Madrid, but also with France, with whom he became world champion in 2018. In Russia, Varane played a key role with his leadership skills in the locker room and on the field, where he played every minute of their winning campaign as he joined a select group of players to win the European Cup / Champions that same year League and the World Cup.

Now it’s a case of third luck for United, who finally have their man a decade after first trying to get him to Old Trafford.

Varane – the ideal age for a defender at 28 – could prove to be the missing piece in Ole Gunnar Solskjaer’s United puzzle.

The graceful Frenchman is as close to the complete central defender as you can find him in European football – fast-paced, resilient, relaxed on the ball, strong in the air and a good organizer and leader at his back, who also reads the game Good.

Varane will line up alongside Harry Maguire for the next season at the heart of United’s defense in a partnership that should complement both men perfectly, while also imposing bench supervision for Victor Lindelof, who has fought fair or unfairly ever since To gain followers his arrival at the club in 2017.

Follow the latest transfer news and rumors on our dedicated Transfer Center blog on Sky Sports digital platforms and keep up to date with all developments at Sky Sports News.

Please use the Chrome browser for a more accessible video player

Football’s Cult Heroes is a new podcast series that explores the stories of players who carried their clubs on their backs – on and off the field. Follow on Spotify

Football’s Cult Heroes is a brand new podcast series that explores the stories of the players who carried their clubs on their backs – on and off the pitch.

From the players, fans and journalists who were there, we told why these players developed such a strong bond with their fans and how they will be remembered years later.

consequences Spotify So you can listen to the weekly episodes as soon as they come out.