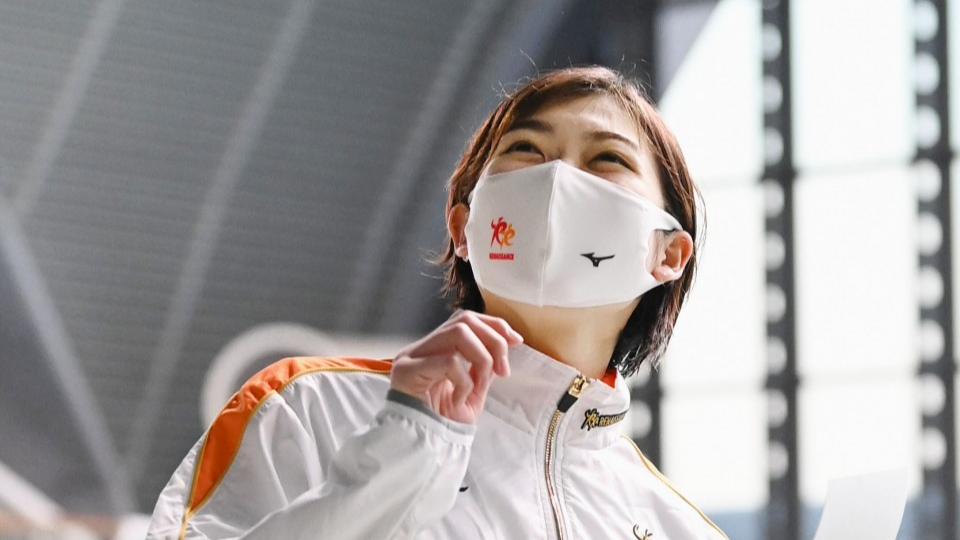 Japanese swimming star Rikako Ikee is set to compete in four national championships next month as she continues her comeback from leukemia, her management company said on Wednesday.

The 20-year-old, who was diagnosed with leukemia in February 2019, will do the women’s 50-meter and 100-meter freestyle, the 100 butterfly and the non-Olympic 50 butterfly at the meeting April 3-10 swimming qualification for the Tokyo Games at the Tokyo Aquatics Center.

Japanese swimmer Rikako Ikee smiles after winning the women’s 50-meter butterfly at the Tokyo Open on February 21, 2021. This is her first win since returning from treatment for leukemia. (Pool photo) (Kyodo) == Kyodo

Ikee, who has downplayed their chances of participating in the Games set to open on July 23, may qualify for Olympic qualification if they meet the standard time to participate and finish in the top two in the final of an Olympic event lands.

The 2018 Asian Games MVP has repeatedly stated that it does not intend to attend the Tokyo Olympics this summer.

In a statement, Ikee said their goal for the nationals was to reach the finals at each of their events.

“The results of this meeting depend on how much confidence I can build in daily practice, so I want to train hard for it,” she said.

Ikee said she would compete in the championships following her first race win since returning in the women’s 50-meter butterfly at the Tokyo Open last month.

Ikee, who swam in her first race in about 19 months last August, qualified for the national championships after measuring qualifying times for each of her competitive events.

Swimming: Rikako Ikee will compete in the national team after the butterfly victory