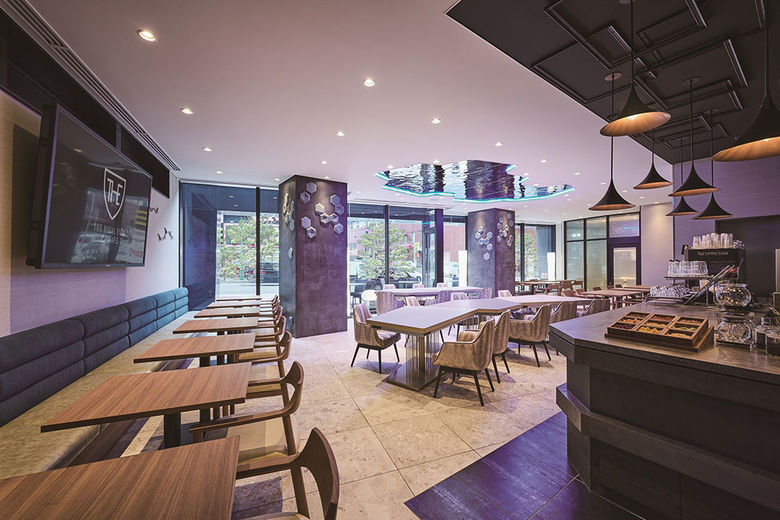 The newest addition to the Royal Park Hotels & Resorts Company, Ltd. aims to connect travelers and locals to Kobe, a bustling city with a range of unique little shops and restaurants. Following recent launches in Osaka and Kyoto, the Royal Park Canvas – Kobe Sannomiya is the group’s first hotel in Hyogo Prefecture to further expand its presence in the Kansai region of western Japan.

On January 21, 2021, the Royal Park Hotels & Resorts Company, Ltd. the doors of their newest hotel, The Royal Park Canvas – Kobe Sannomiya. With its stylish interior, the new lifestyle hotel with 170 rooms would particularly like to appeal to couples and families who appreciate a stylish but authentic environment and who like to connect with the local culture. Both the interior and exterior of the hotel include images of the ocean and mountains that surround the city.

One of the main features of the hotel is an open structure, the “CANVAS Lounge”, which is connected to the terrace. It’s a great place to start or end the day and has tea and coffee. It is open to hotel guests and locals alike and is intended to stimulate exchange and communication. The hotel is also planning events for travelers and citizens such as jazz performances, as jazz music came to Japan via Kobe, other music events, and perhaps courses in local handicrafts.

Known worldwide for the famous Kobe beef, Kobe is the sixth largest Japanese city in Hyogo Prefecture, Kansai, western part of Japan. Less than 25 miles from Osaka, the port city, which was one of the first to open to foreign trade in the 19th century, has grown in popularity as a travel destination in Japan and charms its visitors with a mix of cosmopolitan atmosphere and local Japanese traditions.

Sannomiya is the center of Kobe City and the hotel is in a busy area with small, quirky shops and restaurants. Kobe-Sannomiya has a history of traditional and unique shops such as “Maxim”. The famous hat shop, founded in 1940, stocks headwear for Japan’s Olympic athletes, airlines, and the imperial family. The Sannomiya area is also known for its many different international and Japanese restaurants. Kobe is also known as the cradle of “Yoshoku,” a style that includes Western foods with a special Japanese-style adaptation. It originated first in Kobe with the opening of Japan to the west.