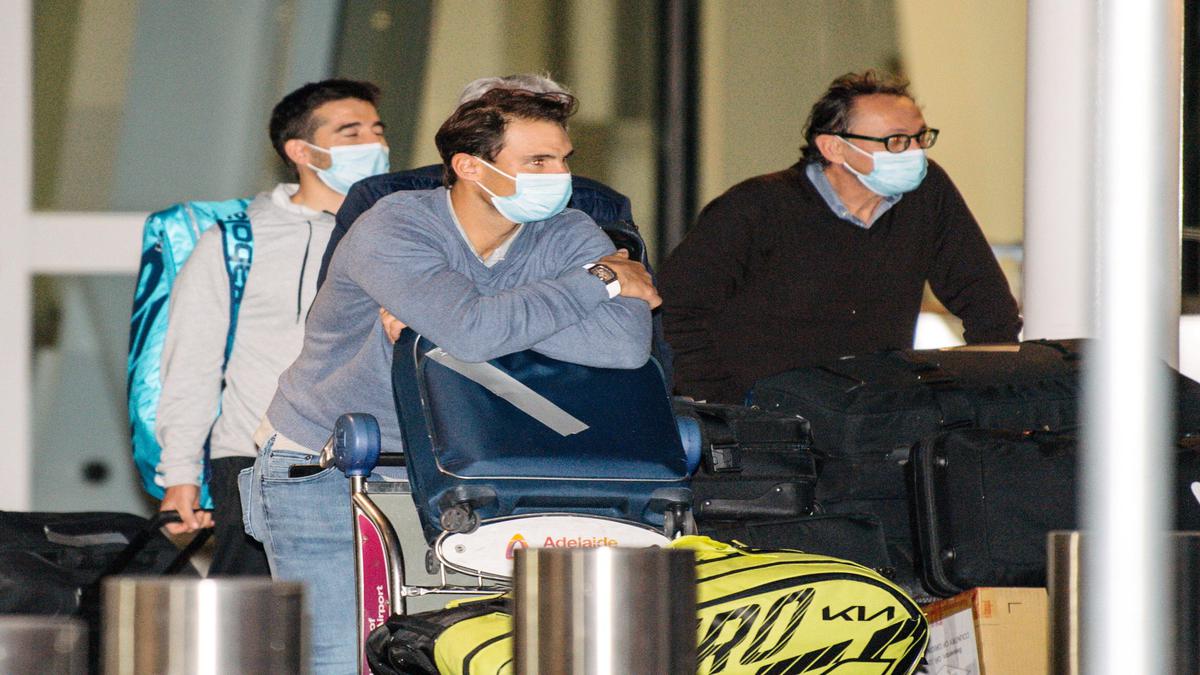 Two-time Australian Open champion Victoria Azarenka was one of the earliest arrivals in Melbourne on one of 15 charter flights that brought players and officials to the city for the first Grand Slam tennis tournament of the year.

And she wanted everyone to know that despite all COVID-19 restrictions around the world and a 14-day quarantine period in Melbourne enforced by tournaments, she was delighted to be in Australia.

Azarenka, who won the tournament in 2012 and 2013, tweeted on Friday: “Made it to Melbourne! Thank you to everyone who made it possible. I can only imagine how many hours of work and compromise it took us to be here! Thank you. ”She included a selfie next to a window overlooking downtown.

Stan Wawrinka, who won the 2014 Australian Open, also posted a photo of himself and two other players, all wearing masks, from the business class section of one of the charters.

The charters and early arrival are part of Tennis Australia’s attempt to run the tournament despite a ban on international arrivals in the country. To this end, players are subjected to COVID-19 tests before boarding their charter flights, again after their arrival, and often during the quarantine period.

The first of around 1,200 players, coaches, supporters and officials landed late Thursday. The players were met by airport staff and bio-security officers wearing personal protective equipment including masks and face shields before being placed in hotel quarantine.

Made it to Melbourne! Thank you to everyone who made it possible. I can only imagine how many hours of work and compromise it took us to be here! Thank you pic.twitter.com/Jt0ywFIEj4

The virus news wasn’t all that good for five-time finalist Andy Murray, whose status for the Australian Open has been questioned after testing positive for COVID-19 just days before his scheduled flight to Melbourne. The tournament says the three-time Grand Slam champion, who received a wild card for Melbourne, isolates at home.

Tennis Australia said Murray will miss the charter flights and not be able to “go through the quarantine period with the other players”. His chances of participating in the tournament seem seriously in doubt.

“Unfortunately, I tested positive for (COVID-19) before flying to Australia,” Keys said on social media.

“I’m very disappointed that I won’t be able to play in the coming weeks after a tough training session in the off-season. . . I am self-isolating at home and will continue to follow all necessary health precautions. I look forward to touring again next month. “Sandgren originally tested positive in November. The Australian health authorities in Victoria found that it was no longer contagious, even though it was still giving off virus particles.

“My two tests were less than eight weeks apart. I was sick in November and now totally healthy, ”tweeted Sandgren.

“There isn’t a single documented case of me being contagious at this point. Completely recovered! “The Australian Open has already been delayed by three weeks due to restrictions for the COVID-19 pandemic. Due to Australian restrictions, the qualifiers for men and women – in Doha, Qatar and Dubai – were held outside Australia for the first time.

The 15 charter flights were limited to 25 percent capacity and were supposed to arrive over a 36 hour period ending early Saturday.

Once a negative result is returned, players can train for five hours a day in a strictly monitored environment.

The Australian Open draw will take place on February 4th, four days before the start of the main tournament, which ends on February 21st with the men’s final.

Novak Djokovic, Rafael Nadal and Serena Williams will be part of a group of players involved in an exhibition event in Adelaide, South Australia on January 29th.

These players were expected to fly straight to Adelaide to begin their hotel quarantine.

All other tournaments will take place in Melbourne, including the 12-team ATP Cup starting February 1st and two WTA events in the week leading up to the Australian Open.