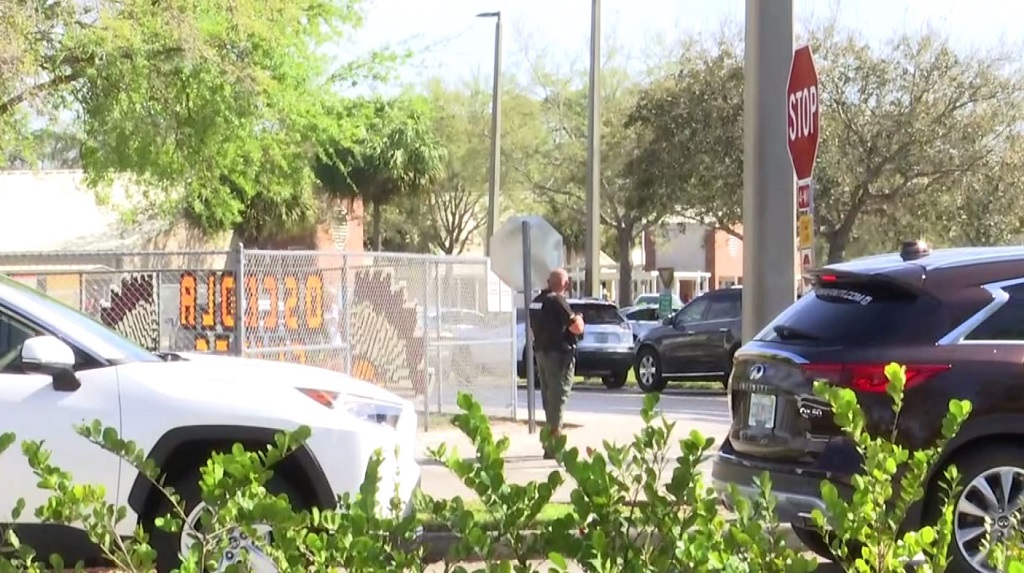 See something. Say something. You’ve heard it before, and that resulted in an 11-year-old being taken into custody after being accused of bringing a gun to school.

Many people noticed extra security at Osceola Elementary School in northern Naples on Tuesday after a fourth grader was arrested.

The Collier County Public Schools have a link on their website that makes it easier for children and parents to report such things. It’s called Keep Collier Safe. You can report an incident anonymously and the parents hope that this will prevent another incident like this one.

It is not a warning parents want to receive.

“To hear that in schools is shocking and actually took my breath away a bit,” said Loen Provo.

A student is accused of bringing an unloaded gun to school.

“That would make me really sad to hear that things like this are brought to school at this young age,” said Provo.

An elementary school youth relations MP stopped the fourth grader when he got off the bus after hearing of a threat to shoot two classmates.

Rich Kolko, WINK News Safety & Security Specialist, says the rule of seeing something, saying something is crucial to preventing it from happening.

“When they go back in time, a lot of people usually noticed a lot of things, but they didn’t see or say anything at that time,” said Kolko. “And that’s why it’s so important that this news get out.”

Parents hope their children can be comfortable sharing information like this with adults.

“You need to know this so you can tell your teacher or whoever you are so that you can stay safe,” Provo said.

The school principal informed parents that the school encourages all students affected by the situation of the day to seek their mental counseling.

The fourth grader is charged with a crime and remains in custody.