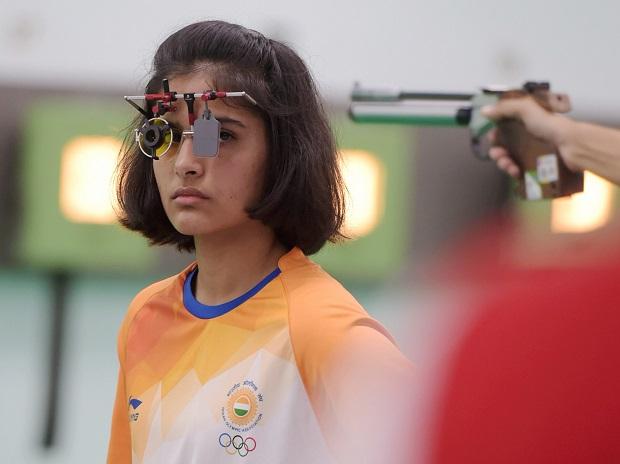 Indian couple Saurabh Chaudhary and Manu Bhaker gave in under pressure and failed to qualify for the final of the 10m air pistol mixed team competitions at the Tokyo Olympics on Tuesday here.

The duo finished seventh in qualification 2 after leading the first phase with 582 in the Asaka range. You lost the plot completely when the top eight teams competed against each other in the second phase.

The duo reached a total of 380 in two series in the second phase of qualification.

Things went for the worst in the second phase when the Indians got off to a terrible start when Bhaker shot a bad 92 in their first series to go with a 94 in the second.

By his standards, Chaudhary wasn’t great in the first series either when he shot 96, but he came back strong and scored 98 in his second series.

But it was always an unlikely task for the Indians after four 8s from Bhaker in the two series.

Chaudhary and Bhaker were at the bottom of the table after the first series.

The event’s other Indian team, Abhishek Verma and Yashaswini Singh Deswal, failed to pass Qualification 1 and finished 17th with a total of 564 in six series (three each for one member).

While the best eight teams reach qualification 2, the best four pairs of the second phase qualify for the medal rounds.

Previously, Chaudhary recorded an excellent 296, including a perfect 100, over the three series of 10 shots each, while Bhaker scored 286 in the first phase.

(Only the headline and image of this report may have been revised by Business Standard staff; the rest of the content is automatically generated from a syndicated feed.)

Business Standard has always endeavored to provide updated information and commentary on developments that are of interest to you and that have far-reaching political and economic implications for the country and the world. Your encouragement and constant feedback to improve our offering has only strengthened our determination and commitment to these ideals. Even in these troubled times resulting from Covid-19, we continue to strive to keep you updated with credible news, authoritative views, and concise comments on current affairs.
However, we have a request.

In the fight against the economic effects of the pandemic, we need your support even more so that we can continue to offer you high-quality content. Our subscription model has had an encouraging response from many of you who have subscribed to our online content. More subscriptions to our online content can only help us achieve our goals of offering you even better and more relevant content. We believe in free, fair and credible journalism. Your support through more subscriptions can help us practice the journalism to which we are dedicated.